One of the key factors to materialize carbon neutrality is Hydrogen which does not emit carbon dioxide even if it is burned. Through the development of Hydrogen gas compressors from the early stage, we have been participating in many projects to materialize Hydrogen energy-based society and have accumulated its related technology. We have delivered our compressors for 50 Hydrogen gas stations and compressors for Hydrogen production, its storage and transportation. We have been contributing to the Hydrogen supply chain infrastructure being built by public and private sectors. 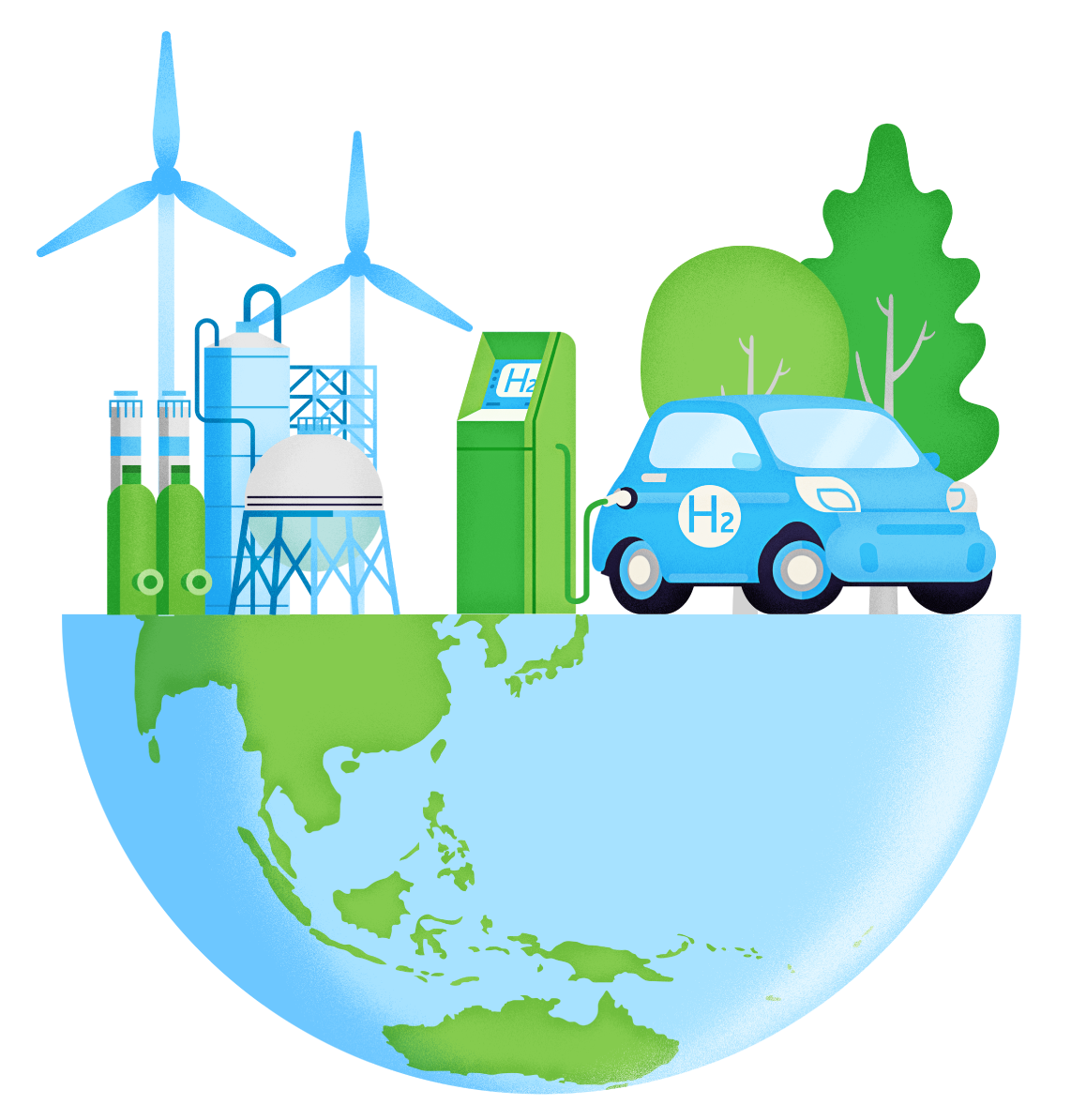 To achieve carbon neutrality by using Hydrogen, large-scale supply chain infrastructure to "produce", "store and transport", and "use" Hydrogen is being built in the world. Our compressors are required in every process of building the infrastructure.

For example, at the "Producing" stage, our compressors to feed the material gas are used. At the "Storing and transporting" stages, our compressors are used in the process of storing energy generated by solar power, and in the process of compressing Hydrogen gas volume by a few hundredth to raise the transportation efficiency At the "Using" stage, our compressors are used to refill Hydrogen to vehicles at the Hydrogen gas stations and to supply the generators with Hydrogen to generate electricity. Our technology has already been playing an essential role in various stages of the projects for its demonstration tests and social implementation. 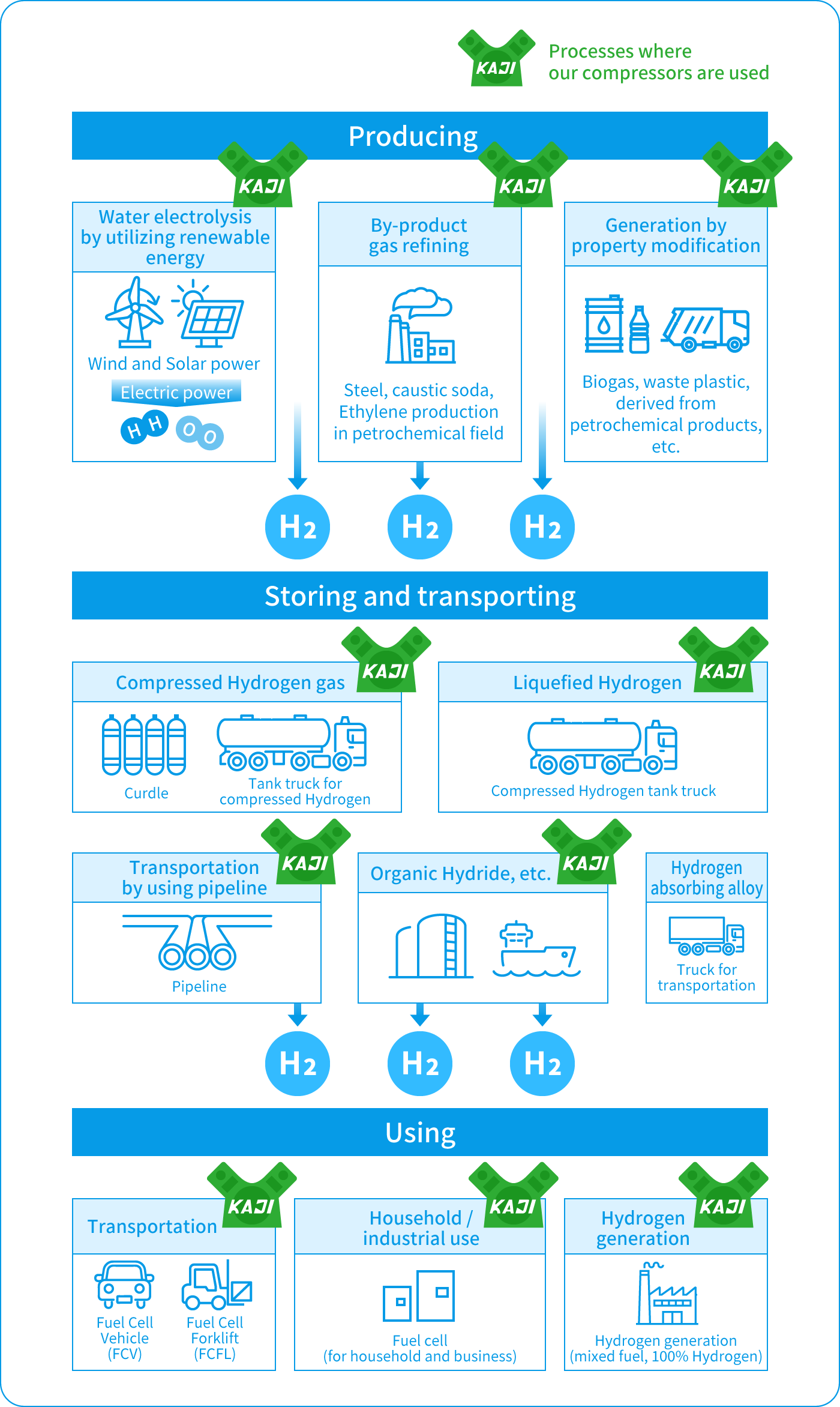 Hydrogen energy-based society and carbon neutrality can never be achieved by only one company. We are participating in the multiple projects adopted in the Green Innovation Fund Project in Japan and are deepening our partnership with many companies. We will further contribute toward maximizing the achievement of carbon neutrality by establishing partnership with the domestic and overseas companies in wide areas. 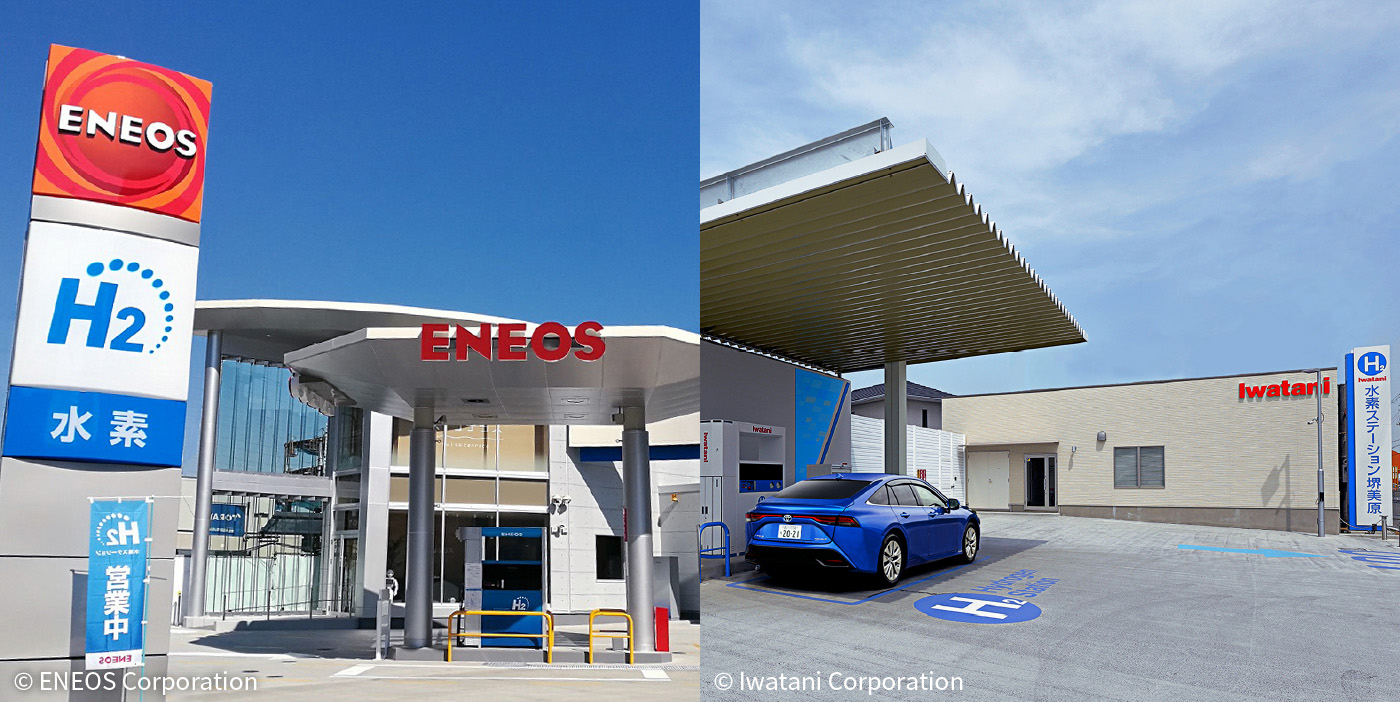 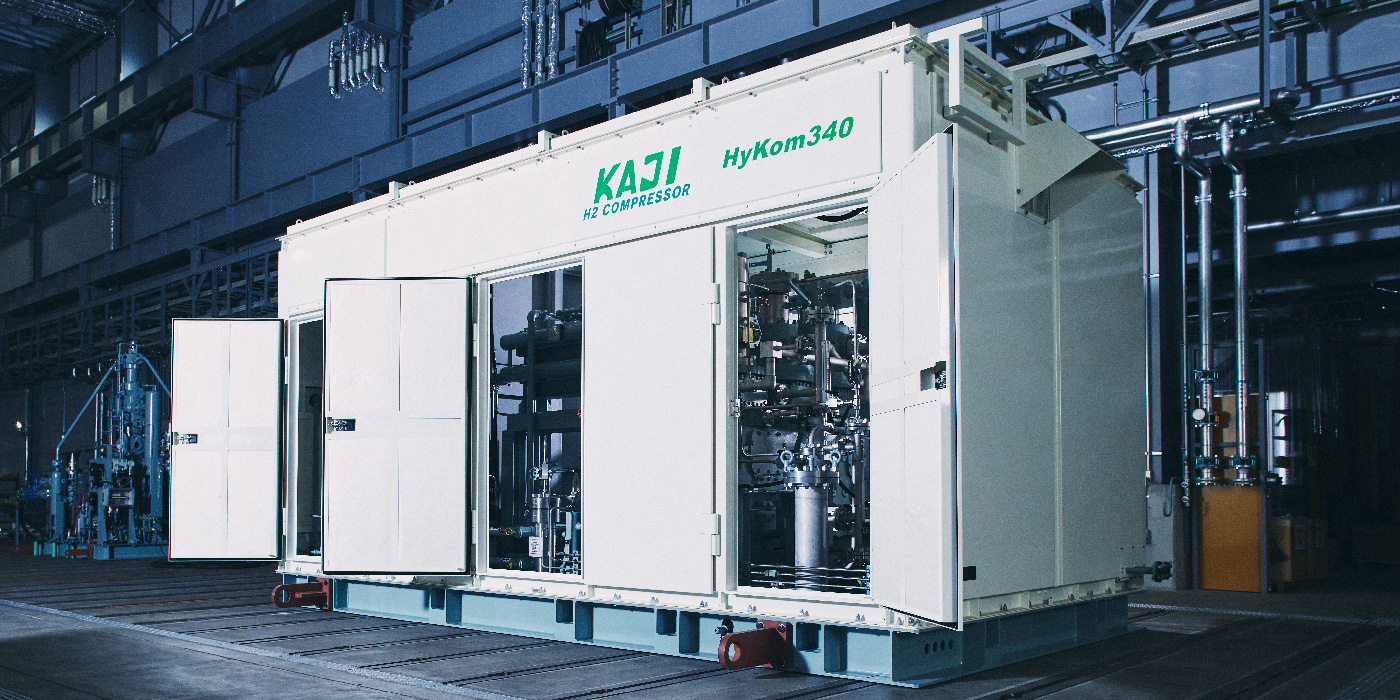